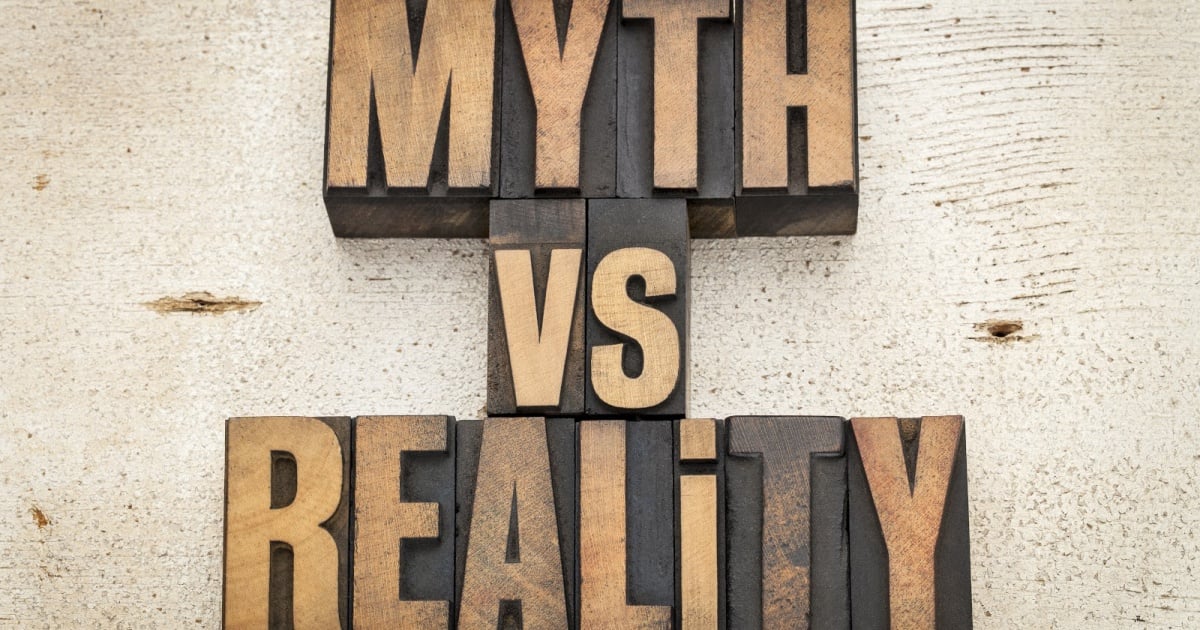 Debt is a highly emotional problem for many people, and seeking a resolution to it can be fraught with emotion as well. That’s likely why every type of debt relief comes with its own set of myths and misconceptions. Debt settlement is no exception.


Below, we take a closer look at some popular debt settlement myths and debunk them once and for all.

A common misconception about debt settlement is that every firm offering such services is out to scam debtors. Responsible for the proliferation of this myth are companies and phantom companies looking to fraudulently cash in on the promise of debt settlement. Having scammed thousands by masquerading as legitimate operations, such companies have given the debt settlement industry a bad reputation.

Reputable debt settlement companies negotiate with creditors from a much better position than individual debtors and can secure much better deals for their clients.

Reality: Debt Settlement Does Impact Your Credit Score, But Your Score Does Improve Over Time

In some cases, people choose debt settlement because their credit scores have already disqualified them from choosing another form of debt relief such as a debt consolidation loan. If you find yourself in that situation, debt settlement is a smart option because it enables you to get out of debt more quickly and begin rebuilding your credit earlier than you could do without some type of debt relief. When a debt settlement firm takes over your debt management, it stops making payments to your creditors. These missed payments result in an unsightly mark on your credit report. However, as the company negotiates agreements with creditors and settles your accounts, you may begin improving your credit right away.

Myth:  You Can Get a Better Deal if You Negotiate on Your Own

It’s true that, as a debtor, you can contact your creditors and negotiate settlement deals with them directly. That doesn’t mean that you’ll get a better deal, though. The problem with a DIY approach is that successful debt resolution requires patience, negotiating skills, solid negotiating positions, clout, and some knowledge of how the industry works..

Reality: A Reputable Debt Settlement Company Is Likely Able to Make a Better Deal for You

Your debt settlement company can get a better deal than you could on your own. Why?

For instance, ClearOne Advantage has a team of skilled negotiators and Certified Debt Specialists who have a history of success in finding savings for our clients..

Myth: Debt Settlement Works with All Types of Debts

While it would be awesome if this one was true, it just isn’t.

Reality: Debt Settlement Works for Some Types of Unsecured Debt

Debt settlement only works with unsecured debts like credit card debt, medical debt, some personal loans, etc. It is a debt resolution option that cannot deal with secured debts such as auto loans or mortgages.

Myth: You Should Ignore Your Debt

This is a very dangerous myth. You should never simply ignore a debt problem, even if you think it will “drop off” your credit report in a few years. Nothing is ever that simple.

Reality: Ignored Debt is Bad News for You

Although unpaid credit card debt will drop off your credit report in a few years, it will cause a lot of damage before it does. Furthermore, your creditors and the debt collectors they bring in to recoup your debts may not let you off the hook. They may still file lawsuits against you and attempt to recover at least some of the money owed. Bottom line: Don’t ever simply ignore your debt.

Myth: Bankruptcy Is Simpler and Cheaper than Debt Settlement

Bankruptcy is one of the popular debt relief options, but it is neither cheaper nor simpler than debt settlement. It should be considered as an absolute last resort solution to your debt problems.

Bankruptcy stays on your credit report a long time, and it entails a complex legal maneuver. Consider bankruptcy a last-resort solution when you run out of all other debt relief options. Debt settlement, on the other hand, enables you to get out of debt in as little as 24-60 months with no permanent mark on your credit report.

What is not a myth is that debt settlement can save you money. How much money can it save you? Get a free savings estimate to find out.

Please note that all calls with the company may be recorded or monitored for quality assurance and training purposes. Clients who are able to stay with the program and get all their debt settled realize approximate savings of 50% before fees, or 30% including our fees, over 24 to 60 months. All claims are based on enrolled debts. Not all debts are eligible for enrollment. Not all clients complete our program for various reasons, including their ability to save sufficient funds. Estimates based on prior results, which will vary based on specific circumstances. We do not guarantee that your debts will be lowered by a specific amount or percentage or that you will be debt-free within a specific period of time. We do not assume consumer debt, make monthly payments to creditors or provide tax, bankruptcy, accounting or legal advice or credit repair services. Not available in all states. Please contact a tax professional to discuss tax consequences of settlement. Please consult with a bankruptcy attorney for more information on bankruptcy. Read and understand all program materials prior to enrollment, including potential adverse impact on credit rating. C.P.D. Reg. No. T.S. 12-03822

**Disclaimer - We do not charge upfront fees and you do NOT pay our fee until a settlement has been arranged, you approve the settlement, and at least one payment is made towards the settlement. As each situation is unique, fees and costs vary. Please contact us at 888-340-4697 for a free debt analysis and for complete program details.